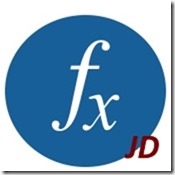 Version 1.1 of my Alteryx formula add ins project has been released. These provide a set of utility functions for use wherever a formula can be used within Alteryx. The functions are developed in C++ and XML using the Alteryx SDK – I will write a few posts with the details of how to create a new function and how the unit test framework works in the next couple of weeks.

Download the zip file from here, and the function reference guide here. The source code can be downloaded directly from GitHub here.

Goal of the Project

The idea of this project is to:

This project started to make string filtering easier within version 9 with the creation of three simple XML based functions:

These are now part of version 10, and commented out in this project

Over time, have expanded functions based on issues that come up in the community, particularly around handling dates.

Alteryx provides a great SDK for creating both custom tools and new formula. Part of the goals of this project is to create a set of sample XML and C++ functions people could use as basis to create their own.

Alteryx looks for XML files in a folder called FormulaAddIn within the RuntimeData folder inside the bin directory of the Alteryx install. For an admin install, this will default to be: C:\Program Files\Alteryx\bin\RuntimeData.

There is an Install.bat script which will copy all the XML files and the DLL files into this folder. As Windows UAC protects this folder if within Program Files, the install script will ask for permission to install. The script will also unblock all files, as Windows will possibly have blocked them as they were downloaded from the internet.

If you have a non-admin install of Alteryx, it is possible the install script won’t be able to find the Alteryx folder. In this case or if the bat file fails you will need to copy the files manually.

To do this, copy all the XML and DLL files to %AlteryxBinDirectory%\RuntimeData\FormulaAddIn.

Math based functions that I haven’t got a better home for!

Some additional functions for working with Dates and to a certain extent Times.

A few extension methods for working with strings.